All good things must come to an end and so it was with the boogie board domination by Old Gaelic Rugby Emeritus (the OGRE’s). Each August for the past decade or so (it’s certainly more than that), the OGRES have traveled to Cape Henlopen State Park in Delaware for the Over 35’s tournament within a short walk (per Russ) of the crashing waves of the Atlantic. If there were hardware, it would be plentiful. The old guard has been content to merely win games, usually in a one-sided way.

Last year’s squad was so skilled that Wilmington threw up the white flag rather than face a squad they had seen demolish the two teams the hosts struggled with in pool play. The OGREs were unscored upon and seemed to have a stranglehold on the title.
Wilmington hit the recruiting trail — hard. They got younger and better.

Plagued by a dearth of depth on the roster (not to mention a poor performance receiving kicks and response to penalties against us), the OGREs fell in the final to the host team, 15-7. Wilmington led at halftime, 8-0, after a penalty kick and a try on a quick tap (we usually victimize opponents with this heads-up ploy).

The tables were turned. Team Orange skirted the right wing (touch judge Chet Runkle had raised his flag to no avail) to go up 15-nil at the midpoint of the second half. Curtis Brillhart pinned the whole back line then passed to Brian Ogle, who took it to the house. Skipper Roth’s kick was good but the erstwhile champions were out of time.
In pool play (it should be noted that OG played three games in succession while Baltimore-Chesapeake and Wilmington had breaks between contests), the OGRE’s went 2-0 by the smallest of margins.

In the opener, Mark Olivetti scored then dished to Brother Jude for another five. Both kicks were good (or was there a penalty try awarded to Curtis on a scramble in goal? It was foggy then so there is no certainty now). Either way, we eked out a 14-12 win over Wilmington to give them hope and serve evidence of our mortality.

The next match featured a cavalcade of scoring by both clubs. When the smoke cleared, the OGRE’s had prevailed, 33-29. Curtis dotted down once and new recruit Ryan Saupee (one of the Reading brothers) tallied twice from his #8 position to set up a frenetic finish. The favorites trailed by 10 points with six minutes left. Mark Olivetti twice weaved his way through the Baltimore-Chesapeake defense to seal the unlikely come-from-behind triumph. The substitutions provided by Senior Old Boys Jeff “Cappie” Cook and Dano Morris proved key in this comeback.

That turned out to be the high-water mark — until next year, where the OGREs will be bolstered by a fresh core of Young Old Boys… Bring on the ’88ers! 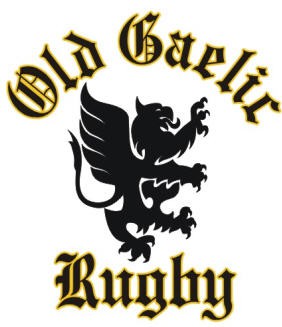